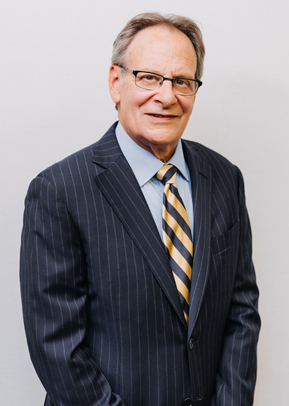 A partner in Dion, Solomon & Shapiro since 1996, Jeffrey Solomon has represented hundreds of individuals and their families over three decades, protecting their rights and obtaining numerous multi-million dollar awards for damages incurred from automobile accidents, slip and fall injuries, product liability claims, medical malpractice and workplace injuries. Mr. Solomon takes pride in having represented clients and their families for over 30 years, always being available to them in addressing their right to fair and just compensation for their injuries.

Mr. Solomon received his Bachelor of Arts from New York’s Queens College in 1976 and his Law Degree from Temple University in 1981. He is a member of the Pennsylvania and New Jersey State Bars and practices both in State and Federal District Courts, and is admitted to practice before the United States Court of Appeals Third Circuit. Mr. Solomon has appeared before and argued on behalf of injured clients in both the Superior and Supreme Courts of the State of Pennsylvania.

Mr. Solomon, throughout his years of practice, has had the opportunity to serve as an Arbitrator for the Philadelphia Court of Common Pleas and has been selected to serve as a Judge Pro Tempore for the Philadelphia Court System as well. His participation as an Arbitrator and a Judge Pro Tempore has allowed him to bring justice and fair compensation to individuals who have suffered injuries.

Outside of work Jeffrey is an avid cyclist and runner. He has raised thousands of dollars for the Leukemia & Lymphoma Society of Pennsylvania by sponsoring cancer patients in marathons and century cycling events. He also has the good fortune of practicing law alongside his son Matthew, an associate with Dion, Solomon & Shapiro.

United States Court of Appeals for the Third Circuit